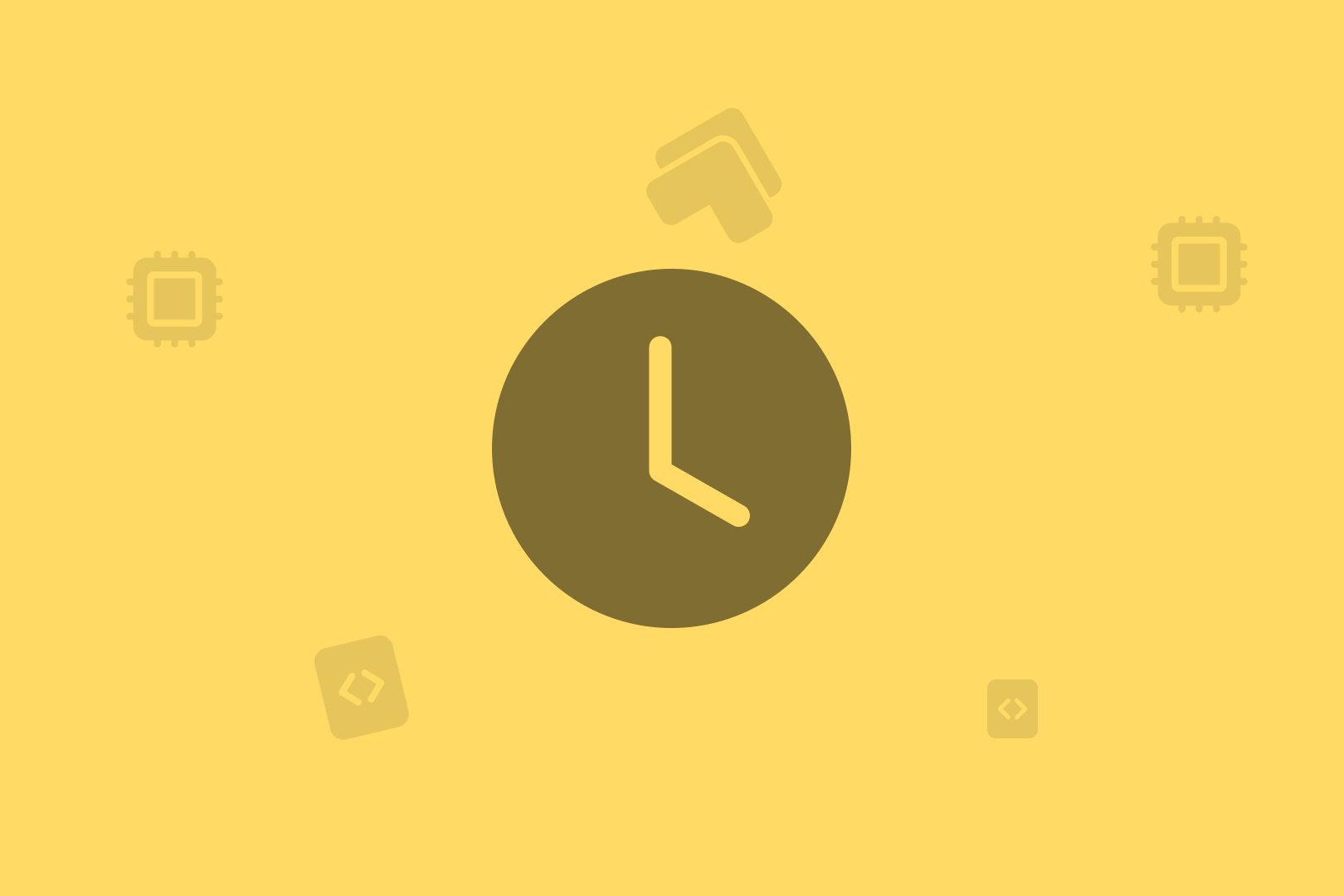 A timer is a common peripheral found on a microcontroller which stores a value and keeps incrementing with a pulse trigger, which can be the internal clock or an external signal. Timers have a wide variety of use cases, for generating delays, periodically performing an operation etc.

Timer 0 is a 16 bit general purpose timer which can also generate PWM signals on 2 channels.

Timer1 is a 11 bit timer. It does not have the capability to generate PWM signals but it can be used to capture inputs on 2 GPIO pins.

Timer 2 is a 14 bit timer which is a PWM generator with 6 outputs.

In this tutorial, I have used Timer0 to toggle the state of a LED.

The project with the code for this tutorial is available on Github at https://github.com/vicara-hq/da14531-tutorials

Download the project and copy it. The project has to be placed inside the Dialog SDK6 folder. Navigate to <SDK6_ROOT>/projects/target_apps/template and paste it in this folder. The project is a modified version of the empty_peripheral_template project provided by Dialog. But to keep this tutorial series as open source as possible, all the following steps will use the SmartSnippets Studio.

Our aim is to toggle a LED using a timer, so we will need to configure the GPIO connected to the LED i.e. P0.09 as an output pin in the user_periph_setup.c file.

Next, we will configure Timer0 to generate an interrupt every 100ms.

To check the steps on linking the custom callback, take a look at my last tutorial on GPIOs, buttons and LEDs.

Before configuring anything, timer0_2_clk_enable needs to be called which enabled Timer0.

The timer0_init function takes 3 parameters. The first parameter decides which clock we use as the source. TIM0_CLK_FAST selects the system clock. The second parameter selects the PWM mode but since we are using Timer0 as a general purpose timer, we set it to PWM_MODE_ONE. TIM0_CLK_DIV_BY_10 enabled the internal frequency divider.

Timer0 has an interrupt which is enabled using timer0_enable_irq and we register the callback to the function using timer0_register_callback. To understand the code used in the callback function, take a look at my last blog post on GPIO, buttons and LEDs.

The last thing to do is to start the timer which is done by the timer0_start function.

Build the project and run the debugger. You should observe that the D2 LED on the DA14531 module daughterboard blinks rapidly.